Signs that milk is coming in during pregnancy

Are you pregnant and eagerly anticipating the arrival of your little one? One of the most exciting things about pregnancy is lactation – the process of producing milk for your baby. While many women experience a flood of milk during the early days and weeks after giving birth, others may not notice any changes until their baby starts to breastfeed.

If you’re wondering what signs to look for to know that milk is coming in, keep reading! We’ll outline the most common symptoms, as well as ways to increase milk production if needed. Congratulations on your growing family! 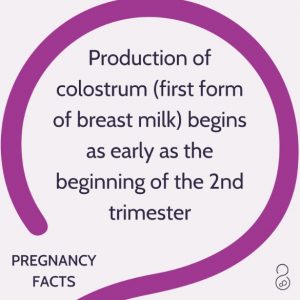 At what month does milk come in during pregnancy?

Milk production normally begins around halfway through pregnancy, between weeks 16 and 22. At this point, your body is creating what’s known as colostrum—yellowish milk that’s high in calories and disease-fighting antibodies—which will act as the baby’s first sustenance after delivery.

New mothers should not anticipate seeing big volumes of milk. Your colostrum is all that your newborn needs until your milk arrives later in the day.

With this in mind, your later milk – or the breast milk produced as your colostrum transforms into mature milk – “comes in” 2–5 days after your baby is born. Although this common word isn’t always accurate, “coming in” refers to a considerable rise in volume and changes in composition.

Since colostrum is in breast milk, it should be given to your newborn as soon as possible following delivery. When your mature milk arrives later, it is followed by several distinctive symptoms.

What are the signs that milk is coming in during pregnancy?

Your breasts will get bigger and heavier, and from time to time they may even hurt. This is one of the first signals that your breasts have begun producing milk.

During the colostrum period, some women’s breasts may leak. This is perfectly natural. Your breasts go through a change three to five days after birth, as mature milk progressively substitutes colostrum. Your breasts will only be generating mature breast milk by the time your baby is approximately two weeks old.

In general, you can expect the following symptoms:

When will your milk supply increase?

Between 30 and 40 hours following after the placenta is delivered, the milk supply normally starts increasing. It may take a bit longer to observe the changes in your milk production. When your milk “comes in,” you’ll experience increased breast fullness or other symptoms that milk production has kicked into high gear! This fullness normally happens two to three days after giving birth, however, it can take up to three days for up to 25% of moms.

Keep in mind that for many women, the arrival of milk is a gradual process rather than something that is immediately apparent. Researchers have also found that your milk supply is fully regulated by hormones. That implies you don’t even have to be nursing your baby to get your milk supply. Increased milk production is also linked to skin-to-skin contact.

How to help milk come in faster after birth?

You can try these safe strategies to improve your milk production if you want to:

Breastfeeding moms should be aware of what they eat, as whatever they digest can be passed on to their baby. You can get advice from your doctor on which medications are safe to take while nursing.

I have no breast milk after delivery, what to do?

The majority of expectant or new mothers have probably questioned when their breasts will begin to produce milk. The placenta is normally discharged after the baby is born. This generates a significant decline in progesterone, signalling the mammary glands to start producing milk.

A wet nurse or formula may be an option if your breast milk doesn’t arrive on time. Most importantly, talk to your healthcare provider or a lactation counsellor about your concerns. They can provide you with the best choices.

What are the reasons for milk not coming on time?

Are there any risk factors?

Below are some risk factors that could delay breast milk production:

What else should you know?

Breast milk production begins within 30 to 40 hours of delivering the placenta, but the hormonal changes taking place in your body during this time affect the amount of milk you produce later on.

When it comes to breast milk supply, there is no one-size-fits-all answer because every woman and every pregnancy is unique.

As your pregnancy progresses, you may start to notice some changes in your breasts. These signs that milk is coming in can be both exciting and daunting, but knowing what to expect can help make the process a little less overwhelming.

If you’re curious about more of what happens during this time period, be sure to check out our other blog posts on pregnancy. And if you have any questions or concerns, don’t hesitate to reach out to your healthcare provider for advice and support.