Should You Drink Ginger Tea During Pregnancy?

Should you drink ginger tea during pregnancy?

Nowadays, there are many discussions on the web as well in the media about the benefits and risks of herbal tea while you are pregnant. In fact, there are certain kinds of tea that you should avoid drinking too much since it contains a significant amount of caffeine. In general, it is a good idea to limit caffeine intake during pregnancy. Some health care providers advise their patients to completely eliminate coffee from their diet during pregnancy. But recent research suggests that having a cup of coffee once a day may not have as much harm as we initially thought and coffee is slowly being reintroduced in low quantities into the diet of pregnant women.

Ginger tea, in most of its forms, contains little to no caffeine and is well regarded as a great substitute for coffee in your morning menu. In fact, ginger has almost magical properties that we will discuss below, which are certainly a positive addition to your diet. Of course, just like anything, ginger tea is only good when it is consumed in moderation.

Portion control and proper research, of course, is key to the safe consumption of foods and beverages during pregnancy. Herbal teas, while eliminating the tea leaves in their most popular forms, and therefore caffeine can be perceived as safe. But they too should be considered with care especially during pregnancy. These teas are not regulated and are not obligated to adhere to certain standards set by different government drug administration agencies around the world. However, many of them do have a lot of plants that are precursors to some of the most potent drugs out there. Therefore, not all herbal teas are to be consumed under simply an assumption that they are safe because they are natural. In some cases, herbal blends contain certain plant chemicals. Before drinking any tea, find out what each of the plants does and how it can affect you and your developing baby. Even if everything checks out, you should aim to alternate between different kinds of plants in order to limit your intake of one certain chemical compound. 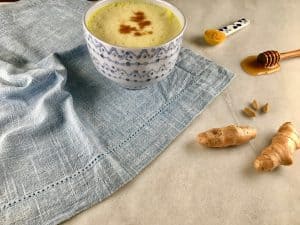 Is Ginger Tea safe during pregnancy?

Ginger tea is good for pregnant women, especially in their first trimester since it significantly helps to relieve morning sickness and as well as nausea. As long as your intake is in moderation, it is safe to drink ginger tea during pregnancy. When buying the tea, make sure that you are aware of the blend. Many companies mix the ginger with some other herbs to add flavor or effect. If you are not sure about the brands, it is always a better idea to make it yourself. Simply boil or steep some ginger and add a lemon slice for flavor and added benefits of lemon. Make it your own by adding things you love to the tea.

What are the benefits of ginger tea for pregnant women?

How much ginger tea should you consume during pregnancy?

In general, ginger is one of the superfoods available, however, the intake of excessive amounts will more likely harm you other than helping. In fact, many doctors recommend that pregnant women should not consume more than a gram of ginger daily.

What Is The Best Tea For Pregnancy?

Is Green Tea Safe To Drink?

There is no official study claiming that you should stop drinking green tea while pregnant. Therefore, there is no risk in enjoying a cup or two. However, you still need to drink green tea in moderation, since it still contains caffeine based on how you brew it.

Pregnant women should limit their caffeine intake 200mg daily, which means nearly 4 cups of green tea. Besides, 200mg caffeine means the total amount of caffeine you regularly consume from all other sources combined such as coffee, soft drinks, cola, energy drinks and etc.

While drinking a cup of chamomile tea before you sleep is relaxing, drinking large quantities is not advised. According to some research, chamomile tea may stimulate the uterus which can result in circulation issues in your unborn baby.

Supporting your health while pregnant, peppermint tea is one of the healthy and refreshing beverage. In addition, it helps to fight stomach irritation and boost digestion due to its methanol content.

Furthermore, its aromatic flavor makes your body and mind to relax and keep calm.

Many pregnant women use peppermint tea as their favorite herbal medicine. There is no study claiming that it has any potential risks to you and your baby, however, since it can promote menstruation you should avoid overconsumption.

Rooibos is one of the safest tea which you can drink while pregnant while considering the overall advised limit of herbal tea intake.

According to most sources, drinking 1-3 cups of rooibos daily is considered perfectly safe.

While rooibos tea does not contain any caffeine, it is also low in tannins. This means that your body will absorb way less iron compared to regular tea. Besides, rooibos is also rich with antioxidants.

You can find more useful information on our website which regularly publishes useful blog posts regarding pregnancy health.