It can become a bit confusing in the beginning to determine what foot to eat and what to avoid when you are pregnant. In general, pregnancy food aversions are common, however, it might present itself differently to each person depending on certain circumstances.

Being pregnant often makes a person feel tired, stressed and worse still, make you suffer from morning sickness. All these common issues you experience force you to avoid preparing a healthy meal which must generally contain superfoods and nutrients your body currently needs. Food aversions during pregnancy make harder to face certain foods and smells. 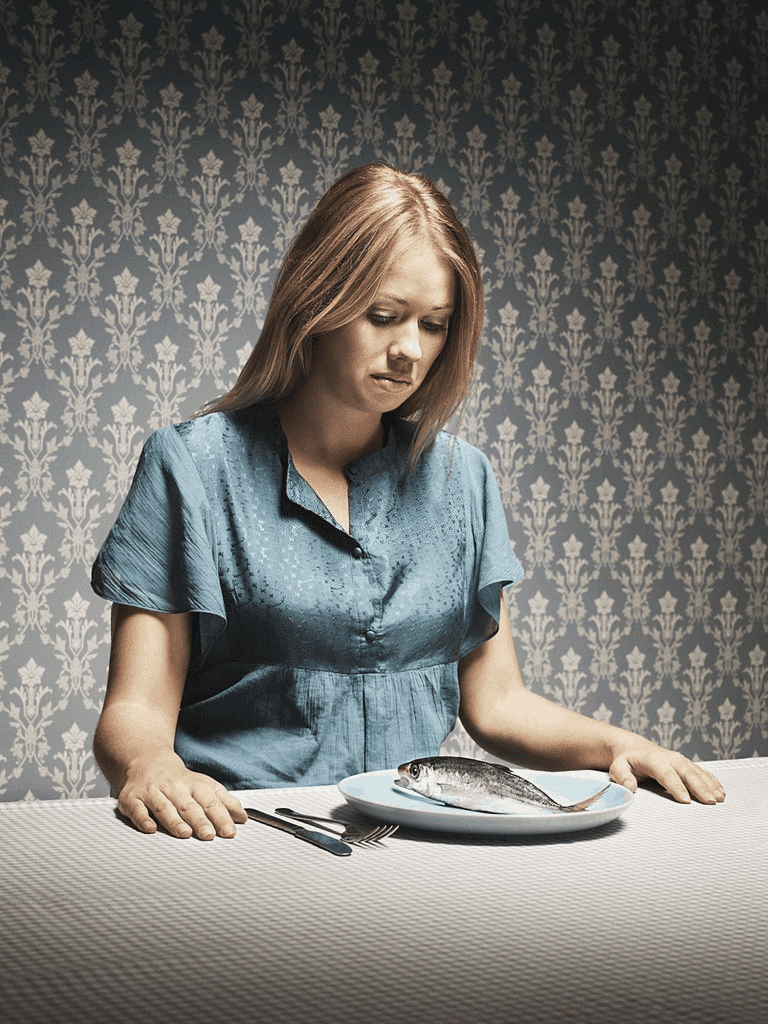 What do food aversions mean?

Food aversion during pregnancy means that certain foods make you uncomfortable. Either you get nauseous when you eat them, or you start hating the taste or you have problems swallowing the food.  Therefore, pregnant women try to avoid eating certain as much as possible.

Food aversion is simply the opposite of cravings. In general, aversion means intolerance to a particular food group. It can even happen that the smell of your once-favorite dish now makes you feel ill. On the other hand, some women have put aside their favorite snacks for no apparent reason.

Although opposite to cravings, food aversions are often linked with being pregnant. Usually, certain food categories make pregnant women feel uncomfortable. This reflects itself as either being nauseous or feeling a dislike for the taste of the food.

It is reasonable to avoid them during pregnancy since they will more likely make your stomach feel upset and cause issues during bathroom visits. Ignoring spicy food completely is protecting yourself from those risks.

Pregnant women oftentimes experience red meat and chicken aversions. However, since your growing baby requires protein for healthy development, it is important not to ignore protein uptake even if they come from other foods like nuts and beans.

Eggs are one of the superfoods which contain many important nutrients and primarily proteins which are very vital during pregnancy. Nevertheless, your stomach can easily become upset by the smell of sulfur which usually emerges while an egg is cooked.

Another category of foods you are advised to avoid when you are pregnant is the fried food category since they often have a strong smell and are greasy. It is good not to eat fried foods since they are certainly some of the most unhealthy dishes out there. Instead, take advantage of shifting to something nutritious!

Generally, fish aversion is probably associated with its smell. Of course, it is very clear fish does not have the best aroma in the world,  especially when it’s raw. Therefore, it is common that pregnant women with increased sensitivity to smells often prefer to avoid fish and as well as other seafood. On the other hand, fish and raw seafood that is generally safe for consumption for the general population if stored properly can have very negative effects on pregnant women. It is wise to avoid raw kinds of seafood such as sushi and sashimi.

Well, not eating vegetables while you are pregnant is not ideal since they are packed with lots of nutrients and vitamins which play a very important role in your baby’s development. It is better, at least, to try and choose the ones that you may like and stick with them until you gradually get better.

Since garlic has a very strong smell and taste, there is no wonder many pregnant women run away from it. Well, it is perfectly understandable why you feel that way!

Like garlic, onion is another vegetable that has its unique taste and smell. Although it is clear that you want to avoid garlic and onions as much as possible, you can still include them in your diet by cooking them slowly and for a long time, which eliminates their intense taste.

According to some moms, who had two daughters, they had an aversion to coffee and spicy food until about 13-14 weeks and cup a soup. They also got morning sickness. With their second, however, mom to be experienced morning sickness almost the whole pregnancy, aversions to coffee, cucumber, and dairy.

When do food aversions start in pregnancy?

Food aversions reach their peak when you are in the first half of pregnancy and may even last whole 9 months. However, some women may not even experience them after 5 months.

The rapidly increasing rates of hormones may so far be behind symptoms such as cravings, nausea, and as well as food aversions. Even so, all through the pregnancy period, the fluctuating hormones will continue to affect your appetite. Morning sickness may also be linked with food aversions during pregnancy.

What Causes Food Aversions During Pregnancy?

Hormonal changes and fluctuations are the main reasons for food aversions during pregnancy. The hCG levels double every several days throughout your first trimester. HCG levels peak about week 11 of pregnancy, and then they stabilize and generally remain steady from that point forward.

One of the food aversion causes is hormonal changes going in your body during pregnancy. During the first trimester of pregnancy, the amount of the hCG hormone intensively increases every few days. Besides, having morning sickness can also be the reason for having food aversions.

Can food aversions be associated with your baby’s gender?

The internet is abundant with old wives’ tales and stories, talking about baby gender predictions. There are a lot of people believing that you can determine whether you have a boy or girl just by taking a look at your particular food aversions. You can find in many parenting forums and groups talking about gender reveal myths and truths.

However, can food aversions help you to spot your baby’s gender?

According to the research carried out by the Journal of Physiology and Behavior, it can be true to a certain extent. Although the research does not mention any particular food aversions, it analyzes how pregnant women perceive disgust.

As a result, the link found between disgust and gender revealed that generally if you are pregnant with a boy, then you are more likely to experience higher disgust sensitivity in the first and second semesters of pregnancy.

It turned out that male embryos are more vulnerable, which means that if someone is pregnant with a boy, then she experiences more disgust in response to certain foods. The most widespread view is that pregnant women with girls will more likely stay away from salty food, while the ones expecting a boy will probably keep away from the sweet stuff.

According to folklore, hot flashes during pregnancy may indicate your baby’s gender. They say that you have a baby boy if you are carrying low, and your unborn baby is a girl if you are carrying high. However, it is not simply true, since hot flashes are just hormonal triggers when you experience while being pregnant. Therefore there is no evidence by a science claiming the idea.

Can loss of appetite define gender during early pregnancy?

If you are pregnant and always hungry, then you may want to know if you are having a boy or girl. According to the research carried out by Harvard University, loss of appetite may give you a clue about the gender of your unborn baby. The study published in the June 7th edition of the British Medical Journal states that pregnant women carrying girls eat nearly 10 percent less than those carrying boys. Nevertheless, there is an easier way to figure out whether you are pregnant with a boy or girl!

If you find yourself craving meat, it’s a good indication that you’re expecting a boy. Cravings for salty or even protein-rich meals indicate that a male is on the way. (And what if you have a hunger for everything? That just indicates that you are expecting a baby.)

One myth suggests that pregnant women who burp a lot are carrying boys, while those who experience calm pregnancy are carrying girls. The truth is, however, most of the time burping during pregnancy, especially during the third trimester may be related to other factors.

What Does The Metallic Taste In Mouth Like When Pregnant?

Dysgeusia feels like sucking on a handrail or having a mouthful of loose coins and it is most prevalent in the first trimester of pregnancy. The feeling generally disappears as the pregnancy continues. It may also take the form of a sour taste that lingers in the mouth, even after it is empty. The taste may be characterized as unpleasantly bitter, sour, burned, salty, or as though you were sucking pennies.

Does metallic taste during pregnancy indicate boy or girl?

Some people assume that early in pregnancy, experiencing a metallic taste in your mouth indicates the gender of your infant, although there is no evidence to suggest it. In addition, as opposed to some general claims on gender prediction, there is no evidence whether spitting, burping, etc. can indicate your baby’s sex.

According to some studies, the testosterone released by the fetal testicles triggers extra food cravings in women who are expecting a boy. Therefore, it’s more likely that you are having a baby girl if you are having less appetite.

Can chicken aversion during pregnancy signify the baby’s gender?

Although it has not been claimed by any study, more and more women claim that having a girl is linked to chicken aversion. Meanwhile, in many web discussions on pregnancy, red meat aversions have been seen to be associated with having a baby boy.

Can excessive burping in early pregnancy help to identify the baby’s gender?

Hormonal changes can push your gastrointestinal tract into overdrive, resulting in discomforts like belching, burping, and gas. However, there is no evidence linking the baby’s gender to excessive burping.

Is coffee aversion during pregnancy a sign of a boy or girl?

Caffeine may make you more sensitive throughout pregnancy because it takes longer for it to leave your body than it would if you weren’t pregnant. However, coffee aversion has nothing to do with your baby’s gender.

Can a sour taste in the mouth help to determine gender during pregnancy?

When you’re pregnant, the flavor may taste unpleasantly sour, as if you’ve been sucking on coins. Some people say that having a metal taste in your mouth early in pregnancy indicates the gender of your baby, however, there is no proof to support this claim.

Can tea aversion during pregnancy indicate my baby’s gender?

No. Like some of the claims above, simply having a tea aversion won’t tell you exactly if you are having a boy or a girl.

I am sensitive to smell. Am I having a boy or a girl?

Smells are usually most intense in the early months of pregnancy and diminish closer to delivery. Nevertheless, there is no way to tell if you’re expecting a boy or girl when you become sensitive to any smell when pregnant.

You do not rely on assumptions in determining your baby’s gender. Visit our 3D Ultrasound studio, which will not only help you to reveal the gender of your baby but will also be amazed by HD pictures of your little one!