What Are the Risks of Loud Noise for Pregnant Women?

So you are about going to a concert while pregnant, but you also concerned about your unborn baby’s safety. Can loud music harm her hearing? Is there any danger of loud noises during pregnancy?

Getting a night out in town with friends can be a nice way to kick your heels up, particularly before your baby’s responsibilities are booked tight.

However, will booming bass and screaming vocals become an issue for your little one in utero? 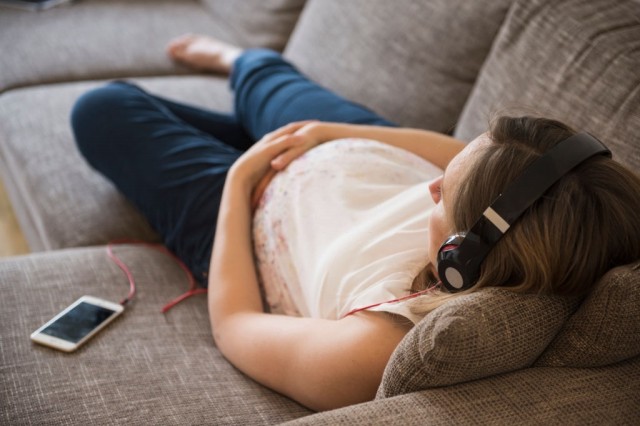 Well, perhaps not. In general, during most concerts, music is usually not loud enough that can cause any harm to your unborn baby. However, taking a few precautions, and getting informed about loud music and noises is a good idea.

So, Is It Safe Going To Concerts While Pregnant?

Generally, it is totally safe to go to concerts when you are pregnant, but some women get concerned since the sound makes their baby move around. Still, you need to know that being in a concert won’t damage or hurt your baby’s hearing.

When you are in the 16th week of pregnancy, your baby starts to detect limited noises. By 24 weeks of pregnancy, however, the outer, middle, and inner ears of your baby are quite well-developed, and the ear of your baby is mature enough to turn her head in reaction to voices and noises.

Naturally, the noises inside your uterus are muffled— not only by the physical layer of amniotic fluid but also with your own body, of course

In this phase, your little ones’ eardrum and middle ear can’t do their regular job of enhancing noises in her fluid-filled home. And even noises that you think that are very loud would not seem so to your baby.

This is, however, only true if the music you listen to during pregnancy is not excessively loud and doesn’t last too long.

What are the risks of loud noise for pregnant women?

Experts are generally especially concerned about sustained and frequent exposure to extremely loud noise from, say, an eight-hour-a-day shift in an industrialized workplace.

According to the National Institute for Occupational Safety and Health, it is recommended that pregnant women avoid routine sound levels louder than 115 decibels (which equals the noise that chainsaw makes).

Some studies suggest that it actually increases the likelihood of a baby experiencing a hearing loss, when pregnant women encounter such amount of noise on a regular basis, particularly at higher levels.

It can also raise the risk of preterm labor and low-birth-weight babies when pregnant women are repeatedly exposed to very loud noises.

Repeated brief exposure to highly loud noise at 150 or 155 decibels (imagine you are standing next to a roaring jet engine?) may cause similar fetal issues. In reality, to get the same level of noise, though, you ‘d have to sit beside the amps in front row seats— and it’d be at a very loud concert.

Still, taking certain precautions while you’re pregnant and playing it extra safe is a wise decision

So when you’re at a concert, try to position yourself as far away as possible from the speakers to the back of the concert hall. While enjoying the music just as much, you’ll also make sure that your baby’s ears are safe as well.

And regarding the music you listed in your car, if you drive often and your radio is loud enough to shake other vehicles, you might want to down low the volume a bit.

How Do Loud Noises During Pregnancy Affect Your Babys’ Hearing?

As we have already stated, it can be harmful to pregnant mothers and the developing fetuses to get exposed to loud noise for an extended period of time. It can raise stress while affecting your hearing.

Situations where the mom is exposed to high levels of noise, such as noise from a rock concert or a jackhammer, increases the likelihood of hearing issues in your baby in the future.

So, what kind of noises are considered unsafe for women who are pregnant?

Noise is commonly referred to as unpleasant or unwanted sounds. Noise, in general, surrounds us everywhere in our daily lives, like noises that might emerge during household or workplace chores. Not all sounds do harm to pregnant women, however.

Some examples of high levels of noise pollution are included in the following list:

Dangerous noises are generally considered those which are usually continuous and loud. Notice that, if you are experiencing a noise that is actually annoying, then it is also likely to be harmful to the growing fetus.

How do pregnant women experience the effects of loud noises?

Based on the frequency (how often), duration (how long), and intensity (how much) of the noise, the health impact may differ. When pregnant women expose themselves to prolonged loud noises, they may experience the following health issues:

While, as a mom, you can protect your ears with earplugs, these noises can reach the womb and impair the ear of your little one.

What is the recommended level of noise during pregnancy?

There is no particularly healthy level of sound intensity for women while pregnant. Sound levels are measured in decibels, and sound waves travel across the air and do enter your and your baby’s bodies.

Although it is advisable to stay well below the noise limit of 115 decibels, for example, according to the prospective national cohort study of Swedish women, workplace noise of more than 85 decibels may lead fetal development to be inhibited. The trend has been found in moms working full-time.

Noise levels that are 85 decibels or higher can be harmful to adult ears, the US CDC states. Accordingly, based on findings of the research as well as advice from the CDC, it is safest to reduce your exposure to noise to about 85 decibels or lower to minimize any negative impacts on you and your unborn baby.