How to Get Relief From Itching During Pregnancy

Pregnancy comes with a lot of “fun” experiences, such as morning sickness, heartburn, dizziness, nausea, and finally the last thing you may have never warned about: feeling itchy! Since itching during pregnancy is probably something that you have never heard of, you may wonder if is this normal and what causes itchy skin and hands.

Since there can be many reasons that make you feel itchy when you are pregnant, the following list shows a number of common causes that probably makes you feel the urge to scratch. 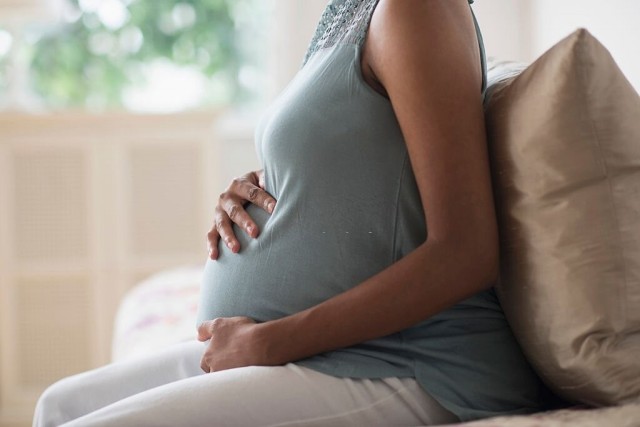 What are the common causes of itching during pregnancy?

Feeling itchy while being pregnant can be caused by many factors, such as:

It is important to realize which parts of your body are itching. Because, many pregnancies experience some itching around belly, and breasts due to the changes in the skin in these areas.

If you feel itching around your stretch marks, then this is probably caused by PUPPP, while itchy hands and legs are probably originating from fabrics and certain materials that rub you the wrong way.

Feeling of random itchiness during pregnancy is quite normal, however, if the problem gets intense, particularly in areas like abdomen, arms, and legs, then it means that you really need to pay some attention.

Besides, vaginal itching while pregnancy, which some people may experience, requires medical attention and treatment.

Early pregnancy symptoms do not generally include itching. Therefore, when you feel prolonged and intense itching when you are pregnant, you should consult your doctor.

How to Get Relief From Itching During Pregnancy?

As itchiness in pregnancy may be caused by many reasons and factors, there are also many natural methods that you can implement in order to alleviate and relieve any itching that you may be experiencing. You may want to try followings:

Furthermore, while itching during pregnancy is quite normal and can be handled by a number of methods, the issue may also signify something serious called a symptom of intrahepatic cholestasis of pregnancy (ICP).

ICP is one of the most prevalent liver disorders that can be seen in pregnant women.

ICP symptoms include itching during pregnancy.

The problem generally begins with 28 weeks of pregnancy. However, itching can also present as early as the first trimester and may be so severe that it can lead to bleeding due to scratching.

While any part of the body may be affected, the itch is generally felt in the hands and feet. The problem particularly worsens and you may get itchy hands during pregnancy at night

In general, itching does not associate with a rash, however, scratching can cause marks on the skin.

The best way of the treatment is still to be found, however, pregnant women experiencing ICP are generally prescribed UDCA (ursodeoxycholic acid). During the treatment, your doctor will closely monitor bile acid levels.

Within 6-12 weeks of giving birth, your liver functions should be examined to see if everything is normal. Because sometimes there can be another underlying liver condition that is causing itching which must be separately treated.

Having itchy skin, hands, or feet when you are pregnant is generally should not be considered a problem unless the issue persists and intensifies while associating with symptoms mentioned above. The best way to make sure that everything is under control and there is nothing to worry about is always consulting to your doctor.