Can You Eat Goats Cheese When Pregnant?

A pregnant woman should be careful when it comes to the choice of their diet. In fact, some types of food choices may be harmful to you as well as your unborn baby. Previously, we have discussed the consumption of feta cheese. In today’s article, A Date With Baby‘s staff has crafted a very educational post to see whether can you eat goats cheese when pregnant or should avoid it completely. 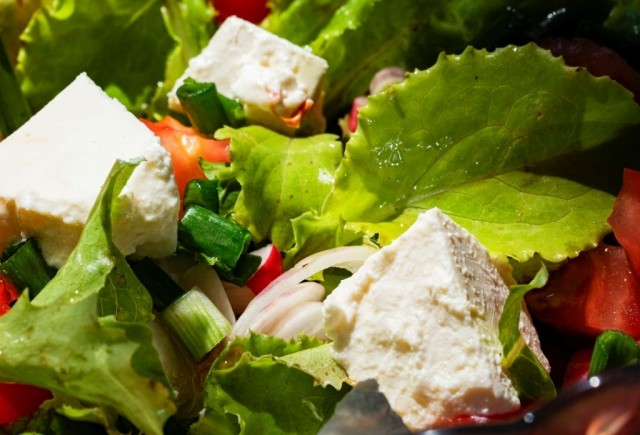 Can you eat goats cheese when pregnant?

Yes, pregnant women can consume it. However, as an expectant mother, you still should avoid certain kinds of cheese while pregnant.

It comes in hard and soft types. According to health experts, when you are pregnant, eating hard goat cheese is usually considered safe. However, the same may not be true for the soft type.

It’s quite easy to see the difference between these two types since all you need is to press your fingers into it and see how they react.

Whenever buying cheese from your local store, always pay attention to its expiry date and as well as its type.

Another thing to note is that since the heat eliminates all those hazardous bacteria and yeast, you can safely use it as a topping for your pizza, considering that it has to be heated.

Which Types Of Cheese Is Safe During Pregnancy

You can safely consume the following types of cheese when you are pregnant:

Since only pasteurized milk is used when the hard cheese is made, it is considered safe for expectant mothers. In addition, due to the little moisture it contains, there is no chance for the harmful bacterias to thrive within.  For pregnant women, hardbound cheese – both pasteurized and unpasteurized is safe.

While pregnant, any kind of pasteurized cheese is generally safe. However, there is only one exception – the types that have a ripen surface. The pasteurization process kills all bacteria and harmful yeast as raw milk is heated.

What Is Pasteurized Cheese?

Pasteurization is the heat-treatment of milk with the aim of eliminating potentially dangerous bacteria such as Salmonella. It also indicates that pasteurization has been applied to 99 percent of soft, creamy, spreadable cheeses. Pasteurization is a kind of food preparation that is excellent for you and your baby since it safely kills germs in dairy products (and juice) while preserving nutrients.

Whether it’s a hard cheese or soft cheese, “pasteurized” cheese is regarded as a safe option. And it’s regarded safe whether you’re in your very first, second, or third trimester when you eat that cheese.

There are certain kinds of cheese that are made of sheep milk, such as halloumi and feta, which are considered safe for consumption when you are pregnant. The process and methods used during the formation of these cheeses make sure that there is no bacteria contamination. This is mainly due to the high salt content and its semi-hard brined consistency.

Types of Goat Cheese That Are Not Safe During Pregnancy

While there are many types of cheese that are safe, you should still avoid eating some varieties, since they can cause foodborne illness. Pay attention not to eat the following types of soft cheese while pregnant:

Throughout pregnancy, soft cheese is often classified as unhealthy. That’s because it’s made from raw and unpasteurized milk, which will be more likely to be compromised with bacteria. In general, pregnant women should avoid many types of unpasteurized foods.

Rind cheese, a type of soft cheese that is generally referred to as chevre, is also considered unsafe by health experts. Chevre is a type of mold-ripened goat cheese that is identical to brie and camembert cheese which can lead to an illness called listeriosis.

When you eat raw milk goat cheese as a pregnant mother, Listeriosis is the greatest risk. It can, combined with fever, cause moderate flu-like symptoms which can lead to blood poisoning and meningitis.

There’s some great option concerning your favorite pizza cheese, however. Mozzarella (even the softer fresh version) is nearly generally safe to consume while pregnant as long as it’s prepared from pasteurized milk.

Pasteurized cheeses include mozzarella, fresh goat cheese/chèvre, ricotta, and feta. It also indicates that pasteurization has been applied to 99 percent of soft, creamy, spreadable cheeses. Consider Taleggio, Laughing Cow, Brie, or Camembert. Pasteurization may or may not be used on longer-aged cheeses (which may have a harder texture and may even be hard, dry, or gritty). Raw and pasteurized Cheddar, Manchego, and blue cheeses are commonly available.

Cottage cheese is high in protein, dietary calcium, vitamin B-12, and phosphorus, all of which are important nutrients for expecting mothers. One cup of low-fat cottage cheese has 28 grams of protein, which is almost 40% of the protein RDA for expectant mothers.

Pregnant women should have 3 cups of cottage cheese (or other milk products) each day, depending on their daily calorie requirements. Pregnant women frequently need 2,200 to 2,900 calories per day, according to the Academy of Nutrition and Dietetics, which translates to three 1-cup equivalents of dairy meals per day, according to the Dietary Guidelines for Americans. A 1-cup amount of dairy items equals 1 cup of milk or yogurt, 1.5 ounces of hard cheese, or 2 cups of cottage cheese.

Benefits of Cheese While Pregnant

During breastfeeding, eating cheese is not harmful when you eat a healthy one. Let’s see some of the advantages of eating safe cheese, manufactured from pasteurized goat milk.

While consuming it during pregnancy, follow the following tips:

To make them safe for eating, you should bake or deep-fry certain unhealthy types of cheese, such as brie, blue cheese, soft cheese, etc.

Choose the healthier kind of goat cheese and eat it in grilled form.  Once in a while, throughout pregnancy, you can enjoy a toasted cheese sandwich.

When you are unsure about the safety of any unique cheese you choose to eat, just heat it and it can be quickly eaten!

As a pregnant woman, you should always opt to buy hard type. If you are wondering whether it is pasteurized, then simply take a look at the label.

Is it Safe During Breastfeeding?

Women may usually begin to enjoy most of those foods they had to restrict during pregnancy following giving birth.

This extends to all kinds of cheese, too.

In general, there are typically few foods apart from caffeine, alcohol, and high mercury fish that women must avoid when breastfeeding.

That said, your diet affects your breastmilk’s structure and taste. Try referring to the healthcare professional if you find that your baby becomes regularly sick or fussy soon after a meal.

So after childbirth and giving birth to your child, you can start eating all types of cheese again. Including goat cheese! Furthermore, there are only a few foods that the mother should avoid while breastfeeding her baby–caffeine, alcohol, and high mercury fish being three examples. However, if it seems like something in your diet is making your infant sick or fussy every time they feed then talk with their doctor about what might be going wrong.

Can You Eat Brie When Pregnant

Undercooked soft, mold-ripened cheeses like brie, camembert, and chèvre (a kind of goat’s cheese) are not healthy to consume while pregnant. Unless they’re prepared with pasteurized or unpasteurized milk, this is the case.

When you’re expecting, you shouldn’t consume soft, uncooked blue-veined cheeses like Danish blue cheese, gorgonzola, or Roquefort. This is due to the fact that certain cheeses are moister than others, allowing listeria germs to thrive. If you are infected with listeria, you may develop listeriosis, which may be harmful to your unborn child.