Which Fruits Should Be Avoided During Pregnancy?

Anything pregnant women consume during pregnancy may affect the mother as well as the baby. By following a healthy diet you will not only have a healthy pregnancy but you will also contribute to the proper development of your little one.

To meet the extensive nutritional requirements of pregnancy, you need to regularly consume fruits, vegetables, and whole grains. However, since not all fruits are equal in terms of nutritional benefits and the elements they contain, fruits to avoid while pregnant are provided in the list below. 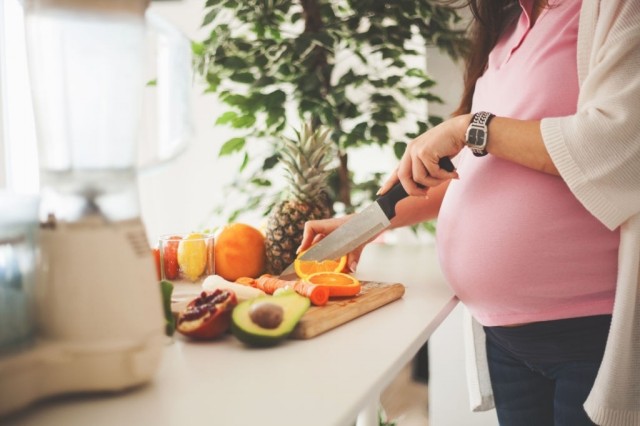 In general, most fruits are packed with vitamins and nutrients, that are required to meet your demands during pregnancy. However, some fruits may not be good for your body, which have been known to adversely impact the health of the fetus and even may lead to miscarriage.

So, Here Is The List Of Fruits to Avoid During Pregnancy:

Bananas
We know that seeing this humble fruit in the list of fruits that are not good for pregnant women may be surprising. While they are safe to be eaten most of the time, in some cases it is better to limit its consumption.
Some pregnant women, who experience gestational diabetes and have allergies should avoid eating bananas. Apart from increasing body temperature, banana also has an element called chitinase, which is known as an allergen substance.
Furthermore, banana is also very rich in sugar, so it is better to avoid bananas if you are facing one of the difficulties stated above.

Watermelon helps to flush out all the toxins from your body while keeping you hydrated. However, your little one may also be exposed to the various toxins when you consume watermelon during pregnancy.

One of the certain undesirable effects of watermelon for pregnant women is that it can raise your blood glucose levels if consumed in excess amounts.

In addition, diuretic features of watermelon can even lead to flushing out the important nutrients together with toxins from your body.

You should try to avoid eating pineapple particularly in the first trimester of your pregnancy. The reason is that pineapple can lead to miscarriage by inducing sharp uterine contractions.

An enzyme called bromelain, which is found in pineapple, breaks down protein. Therefore, it may lead to early labor by softening the cervix. Therefore, you should not eat pineapples as long as you are pregnant.

There are lots of vitamins and macronutrients in papayas that are important for the healthy state of your body. Nevertheless, pregnant women are not advised to consume it.

Papaya is known to increase body temperature, which is not good for pregnant women. In addition, some elements found in papaya, such as latex may result in bleeding, miscarriage, and uterine contractions as well.

You may start craving for something tangy when you are pregnant and decide to eat tamarind. However, it is known that eating it does more harm than good.

For quite a long while, tamarind is used by many people to prevent morning sickness and nausea. However, you should keep eating this fruit in moderation. Tamarind contains a high amount of vitamin C, which, in turn, can halt the production of progesterone in your body if consumed in excess amounts.

Having low levels of progesterone can result in pre-term birth, cell damage in the fetus, and even lead to miscarriage. Therefore, consuming less tamarind, particularly when you are in the first trimester of pregnancy, is a good idea.

Generally, if you are pregnant you need to stop eating anything that has been dry-frozen, such as frozen berries. Berries lose most of its nutrients and vitamins when frozen, and consuming it may be harmful both for mother and baby. Therefore, it is always a good idea to opt for fresh fruit rather than eating something frozen or canned.

Doctors often advise pregnant women not to eat dates, although the fruit is packed with lots of vitamins and other essential nutrients. This is because, despite all its nutritional benefits and health properties, dates may lead to uterine contractions since they are known to increase the body temperature.

Therefore, while eating one or two dates a day will do good, anything more than the limit may cause complications.

As previously stated, pregnant women need to avoid all kinds of preserved foods as much as possible, since they all contain high amounts of preservatives. This includes frozen as well as canned foods. Since all these preservatives may harm you and your little one, avoid eating canned tomatoes.

How Many Fruits Should Pregnant Women Consume?

The daily recommendation is to consume two to four servings of nutrition and fresh fruit, which is usually equals to one cup of cut fruit.

Can You Drink Fruit Juice During Pregnancy?

Since the fruit juice can cause digestion-related issues, pregnant women should not drink fresh juices as long as it is pasteurized.

However, if you need to drink a glass of prune juice, it can then help with constipation. In addition, drinking Vitamin C juice containing folic acid is also beneficial, since it can support the development of your fetus properly by preventing conditions, such as spina bifida.

But, in general, consuming in moderation, and when possible avoiding drinking fruit juice during pregnancy is a good idea.

What Are The Best Fruits To Eat?

Here are some of the most beneficial fruits you can eat while being pregnant: avocados, pears, apples, guavas, pomegranates, grapefruit, and mangoes. Still, make sure you keep your intake in moderation as possible, while it is generally a good idea to consult your doctor before eating anything that you are not sure about.

Being rich in vitamins and minerals, grapefruit contains calcium, vitamin B complex, folic acid, potassium, which is good for pregnant women and particularly helpful for the proper development of the fetus. In addition, all those vitamins and minerals can help to boost the immune system of pregnant women, strengthening their ability to have more protection against infections and viruses.

Apple Is Good For Pregnancy

There are lots of fiber and as well as vitamins A, C, and potassium available in apples, which is very beneficial for your baby when regularly consumed during pregnancy.

According to the study, if you eat apples during pregnancy, your baby will be less inclined to have health issues in the future, such as asthma and allergies.

You can start eating pears regularly right from the beginning of the first trimester until delivery, thanks to its high vitamin A content, which is absolutely important for pregnant women.

Not getting enough Vitamin A, may adversely affect your pregnancy, since it helps to build your immune system jointly with the other essential nutrients. In addition, it prevents your body to experience infectious diseases.

High folic acid content makes blueberry one of the most beneficial fruits for the fetus during pregnancy. Besides, being an excellent source of dietary fiber, it will help to regulate your digestive system. You can consume one-tenth of the recommended daily amount with a handful of berries.