Testing for Ectopic Pregnancy – What Can You Expect

A healthy, normal pregnancy generally develops within the uterus of a woman. Occasionally, though, an embryo grows elsewhere, which happens about 2 percent of the time – usually in fallopian tubes, but often in ovaries, uterus, cervix, or prior C-section scar. This condition is called an ectopic pregnancy. So, how is an ectopic pregnancy test carried out? 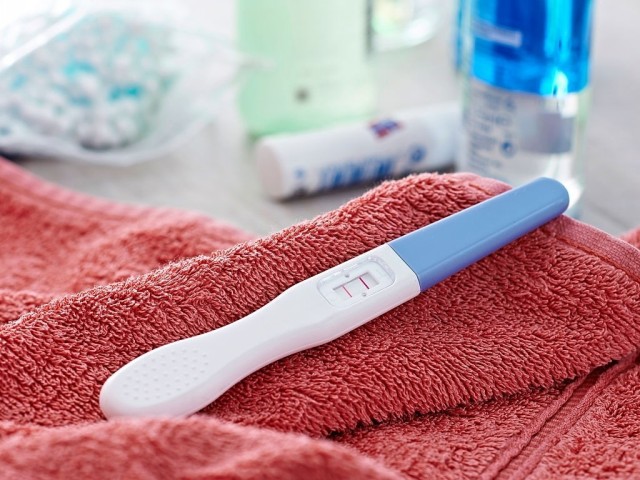 According to health professionals, if ectopic pregnancies are left untreated, they can lead to ruptured Fallopian tubes, internal bleeding, and even maternal death. On the other hand, if timely diagnoses and treatment are in place, a patient usually would have no complications. The following article outlines what you should know regarding ectopic pregnancy testing.

Does An Ectopic Pregnancy Show Up On A Pregnancy Test?

Because the hormone hCG is still released in ectopic pregnancies, they, in fact, would be registered as a valid home pregnancy test. Women experiencing ectopic pregnancies, generally, will probably show signs of early pregnancy such as sore breasts, diarrhea, vomiting and etc. Usually, the obvious signs (bleeding and stomach pain) begin around 6-8 weeks, doctors say.

Can A Pregnancy Test Detect An Ectopic Pregnancy?

According to physicians, if a molar pregnancy is not diagnosed early (which today, with the introduction of improved ultrasound technologies, is more unlikely but still happens), someone can suffer extreme diarrhea, fatigue, elevated blood pressure, or other complications with higher frequency.

When Does Ectopic Pregnancy Pain Start?

Typically speaking, patients may experience signs and feel symptoms of an ectopic pregnancy usually six to eight weeks following the last regular menstrual cycle but the symptoms can also develop later if the ectopic pregnancy is not in the Fallopian tube.

When you have first-trimester stomach pain or vomiting, you should be consulting your GP to check for an ectopic pregnancy. The issue becomes particularly necessary as an ectopic pregnancy develops, which can also lead to lightheadedness, fatigue, pain in our shoulders, fainting and etc. Early treatment of the condition significantly decreases the risk of later complications, such as fallopian tube rupture and inner bleeding.

Some women see their doctor without understanding the reason for stomach pain and bleeding. If your doctor suspects you might be pregnant, she may check the human chorionic gonadotropin hormone ( hCG) levels in your blood or urine. HCG levels in your blood increase within 10 days of a missed period.

You may be asked by the doctor to do a pelvic test. If the doctor finds sore spots in the fallopian tubes or the uterus, less than expected dilation of the uterus or a mass in the pelvic area, ectopic pregnancy might be present. However, to validate the diagnosis, further tests are required. Pelvic tests may also identify any other reasons for abdominal pain and menstrual bleeding that you might be experiencing.

Patients are typically sent to have an ultrasound test to see whether the fetus is in the uterus or outside the uterus. An abdominal ultrasound or transvaginal ultrasound can be utilized by the doctor (a device placed in the vagina that produces pictures by sound waves). Depending on the findings of the ultrasound, another test may be ordered to confirm the presence of an ectopic pregnancy.

The doctor may already have your hCG levels tested to support a positive pregnancy. However, according to some doctors, a quantitative hCG test, which determines the exact amount of hCG in the blood, may also be carried out. Generally, when you are pregnant, the rates of hormones rise by 40 percent every two days. When this is not the case, it may indicate that you are having an ectopic pregnancy. Moreover, hCG levels in an ectopic pregnancy appear to be generally lower. These women may have to check hCG levels for definitive outcomes for several days.

Keep in mind that in severe cases of ectopic pregnancy symptoms (intense pain, heavy bleeding, etc.), your GP may start the immediate treatment of the ectopic pregnancy, since the wait for results of diagnosis could put the mother’s health at serious risk.

Methotrexate is generally prescribed by doctors if ectopic pregnancy is diagnosed in the early stages of pregnancy. However, some cases may even require to have a surgical operation if the case is advanced (ruptured).

The importance of early detection of ectopic pregnancy is always stressed by doctors. To confirm that the pregnancy is developing in the right place, consult your doctor early since most mothers will not experience complications with the help of proper treatment.