What Happens When You Are 3 Months Pregnant? |

At the end of the first trimester, the symptoms like nausea and morning sickness start to disappear or even go away completely. When you are 3 months pregnant, you still experience constipation, gas and as well as heartburn, however, at least you start enjoying your food again.

Your baby at 3 months of pregnancy:
In the third month of pregnancy, your baby starts to grow about three inches and will weigh half ounces. During this period your baby will continue to develop his toes and fingers. In fact, some babies even grow fingernails and toenails. 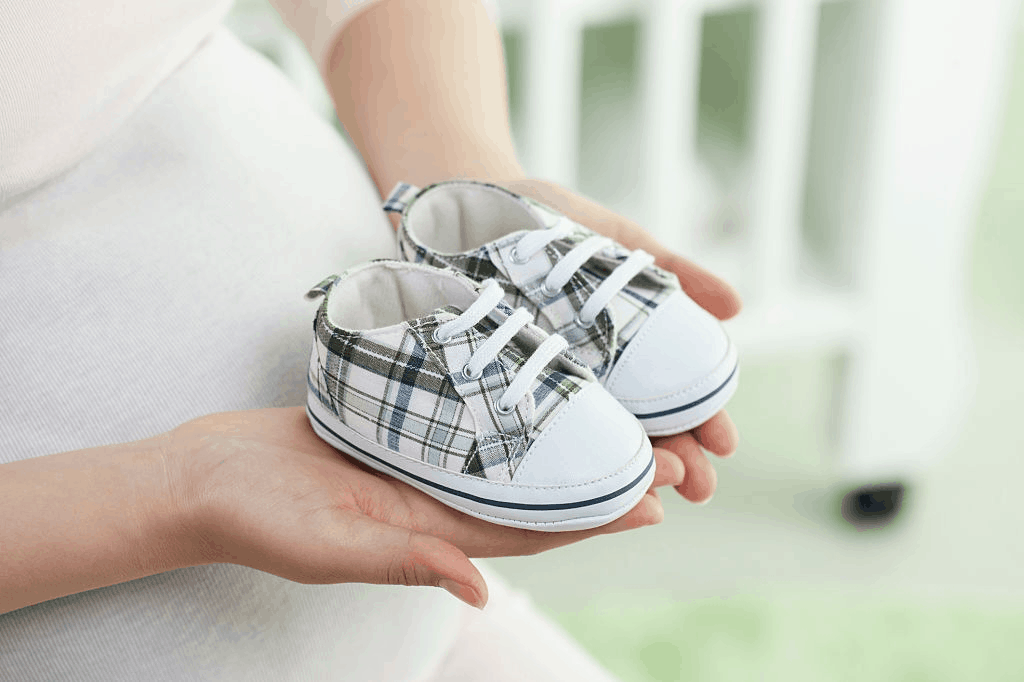 What happens in the third month of pregnancy?

At the end of the third month of pregnancy, the external genitals of your baby will be already formed. This, in turn, means that it can soon be time to determine your baby’s sex. While the external genitalia might be developed, it still might be a little hard to see the gender clearly, even with our high-quality 3D ultrasound. However, by 16 weeks it will be a great time to see the gender and it is a good idea to book your 3D ultrasound a little earlier already to ensure you get an appointment on your desired date.

3D ultrasound in the third month of pregnancy

When you are 3 months pregnant, your baby also starts to develop muscles, which means he starts to move around even more. Your baby’s facial muscles also start to become functional. In fact, you may even see, in 3D ultrasound, that she or he opened the mouth. With muscle development, the baby might also start clenching fists and move the hands more than before.

However, please note that you will not feel your baby’s any movement at this time, although they are moving more than ever and in every direction. Some women start to feel their baby’s first kick at an around the fifth month, but at an earlier time, you might feel some fluttering than many women liken to the feeling of gas or indigestion.

What happens in your body when you are three months pregnant?

Your skin is going to change. Since your body produces lots of hormones during this time, your skin will start to react.  Baby bumps begin to show up. You may start to feel your baby’s kicks and punches in month three, but as discussed above, each pregnancy is different and each woman will experience everything their own way. Therefore, don’t be alarmed if you don’t feel a lot of movement just yet.

During this time your womb will start to move upwards, which means fewer bathroom visits!

Your baby’s weight at 13 weeks will nearly be 23 grams while measuring about 2.9 inches. She has now finished generating all of her organs, although most of them, despite being structurally formed, will continue to develop in their functions for a while longer.

You can see her tiny expressions in the 3D ultrasound pictures since her facial muscles are getting a workout. Now she does many things like squinting, grimacing and hiccups, which means that necessary movements for breathing are practiced. Now she also has a fine coat of hair on her body, called lanugo, which provides warmth. Oftentimes, babies shed this hair before their birth.

When you are 3 months pregnant, your baby also starts to develop his brain, particularly the part of the brain which controls memory and problem-solving. His heart becomes totally formed and beats three times faster than his mothers. He starts to grow and develop at a more rapid pace. In fact, by week 16 he will be reaching nearly 4.6 inches. As previously mentioned, some babies even grow fingernails.

During the third month of pregnancy, you will slowly start seeing your pregnancy belly. In fact, your uterus will grow nearly the size of a grapefruit. Now the uterus is moved up into your abdomen area and covers the whole pelvic region. In this phase, most pregnant women will start feeling physical and emotional changes. However, you may feel some of these changes not in the first trimester, but in second or third.

One very important thing to note here is that many women stop experiencing the previous morning sickness and generally start feeling better. This is due to the body of the mother finally getting used to and accepting the growing baby, and the period of toxicosis comes to an end in many cases.

However, this can cause some distress fro the young expectant parents, as they do not feel unwell anymore, and the baby’s movements are still too weak to be felt as well. This might lead them to believe that something has gone wrong, as the mother has no more symptoms of pregnancy. In our studio, we have designed an early pregnancy package to help with just that. On many occasions, moms and dads who are feeling stressed due to lack of symptoms and kicks will find relief when they visit us for an early 3D ultrasound and see and hear the heartbeat of their developing baby.

Whatever the case, it is important to remember that even if there are no symptoms and you do not feel the baby that much, the baby is still most likely fine. Understandably though, this is a scary period for anxious parents, but, provided that everything else is ok, i.e. there was no bleeding, accidents, pain, etc., this is a normal time in each pregnancy.

Whether it is to calm your nerves with an early pregnancy 3D ultrasound or to see who the baby looks like at a later stage in pregnancy, we are always happy to welcome all expectant parents to our studio in Toronto!